Home / Unlabelled / What is an elevator ( simple explanation )

What is an elevator ( simple explanation )

An elevator is a machine or very arrangement of machines used for the vertical transportation.   Nowadays space availability to build structures is less, so building with more levels are the only solution. Well, you all will be aware of the problems of climbing steps in tall buildings. So something should be needed and that is an elevator.


Elevators are of different types. But for now, we will discuss a simple usual elevator design.  For that, you have to have some knowledge about some specific terms used in this industry.
And that are listed below

As the name implies hoistway is the empty space where the lift car moves. Lift car if nothing other than which host people. And protects with all safety.
2. Guide rails
as a train is guided by rail the elevator car is also guided by specially designed "t" shaped rails
3. Elevator motor 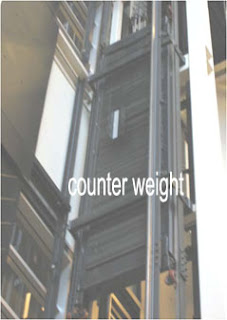 will be specially designed for the specific load and will have great performance as an elevator demands that are the essential terms. Other terms will be explained later.


Principle
The principle of an elevator (usual method) is like pulley, rope, bucket arrangement used to take out water from a well. There is an extension to that basic design, that is an extra load [ extension weight = weight of empty bucket + (load/2)] tied on the rope's  next side.you will be thinking why that extra weight? , that is for reducing the motor load and reducing the price of the elevator.
What the motor does is nothing other than rotating the pulley to the desired direction and desired speed( there may have gear arrangement ). Instead of a bucket, we use the car, and instead of the extra load, we use the counterweight. Counterweight will be also guided by a pair of guide rails. 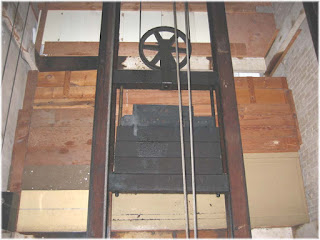 The developed elevators have control panels and many safeties.
Safety may include


what the control panel do is nothing other than controls the motor, that includes


5. Controls the displays inside the car and on each floor.

Actually, all the points listed above are wast and including different mechanical arrangements and electrical( indicating, detecting, controlling ) arrangements. The weight of counterweight, size or rail( weight /meter ) is determined by elevator capacity.

What is an elevator ( simple explanation )


Thanks for visiting our blog. Kindly write down your comments on posts in the comments section, so that we can clear your doubts and improve.